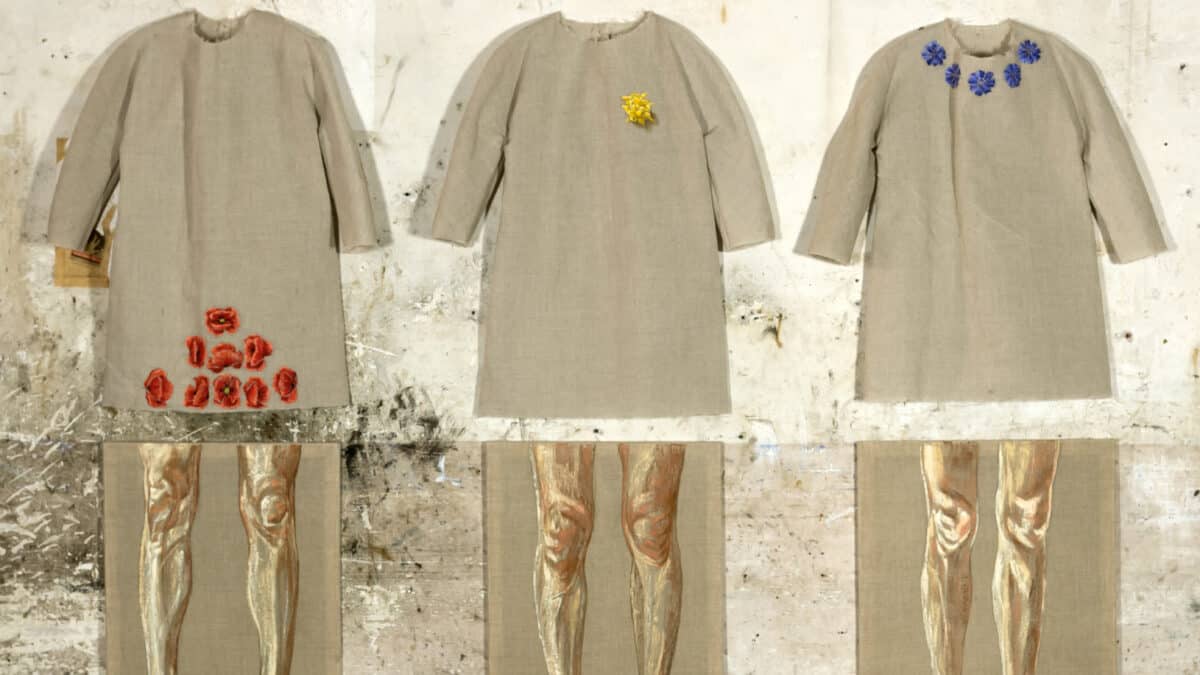 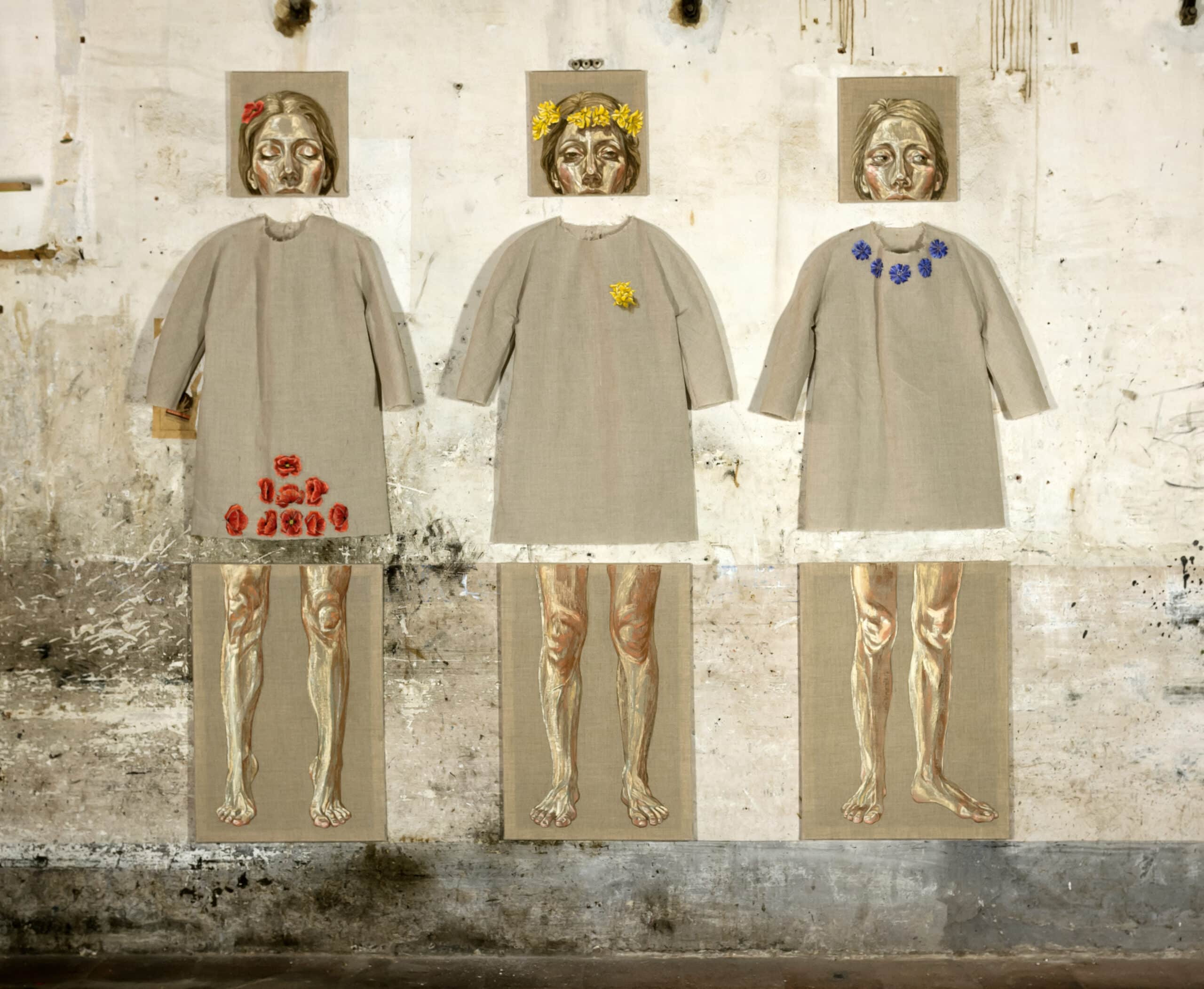 For Elisa Zadi, painting is experience

essential to feel the precise state of mind with which to face that canvas that is different every day which is called existence. Expression of an acute willingness to analyze, which knows how to delve into the deepest meanders of her psyche, the gesture of painting makes her strong, being like a prayer, a ritual to be performed every day, in silence, to put yourself at peace with the own interiority. Painting is the highest way of questioning the world, it means inevitably placing oneself in front of oneself, implacably, moved by the profound need to look outside to understand oneself inside, to find out what she wants, what she desires, what she thinks, what secret is hidden in that confession which soon will be painting. Marco Palamidessi

I imagined Zita in simplicity: I wanted to dress her in a linen habit. The dress becomes significant, because it is sewn with the measurements of a small body; it takes shape, it is true, it detaches itself from two-dimensionality, it goes towards the viewer as an invitation to be worn, putting him in front of a reflection on his own interiority. Using the same linen fabric as the dress I painted Zita's face and legs. These are both represented three times, caught at different times, so as to refer to different emotions. In one face we see the expression in which Zita is aware and looks at us fixed and hieratic; in another the gaze is veiled, lowered because it is turned towards her own interiority, and in the third she looks to the side as if to refer to what is next to her, outside herself, the otherness. The flowers I have chosen are from the field, to symbolize its spontaneous nature. 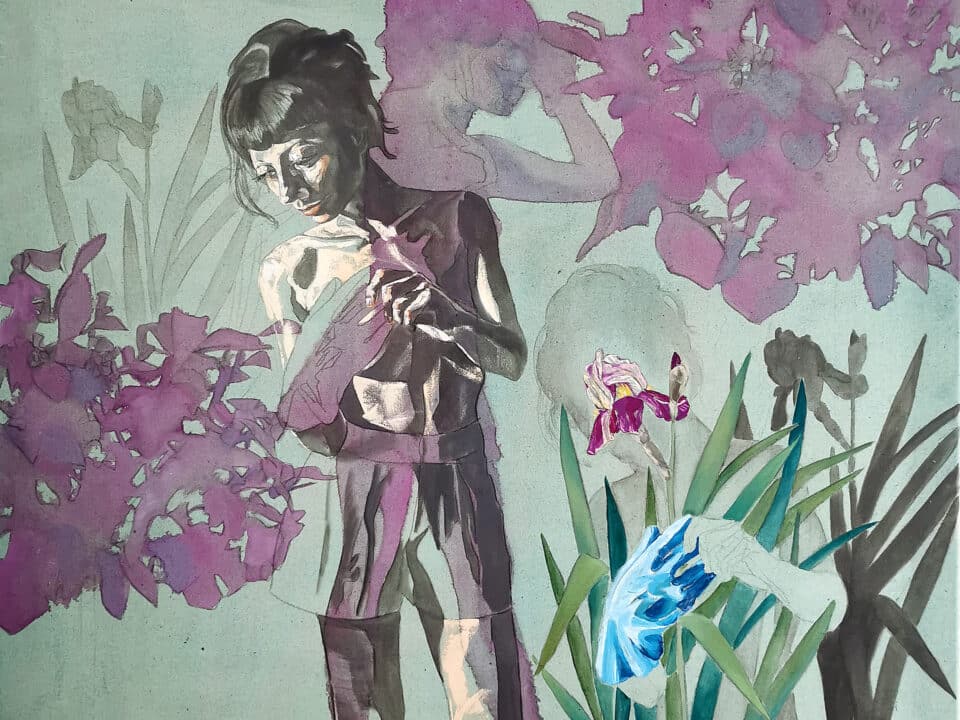 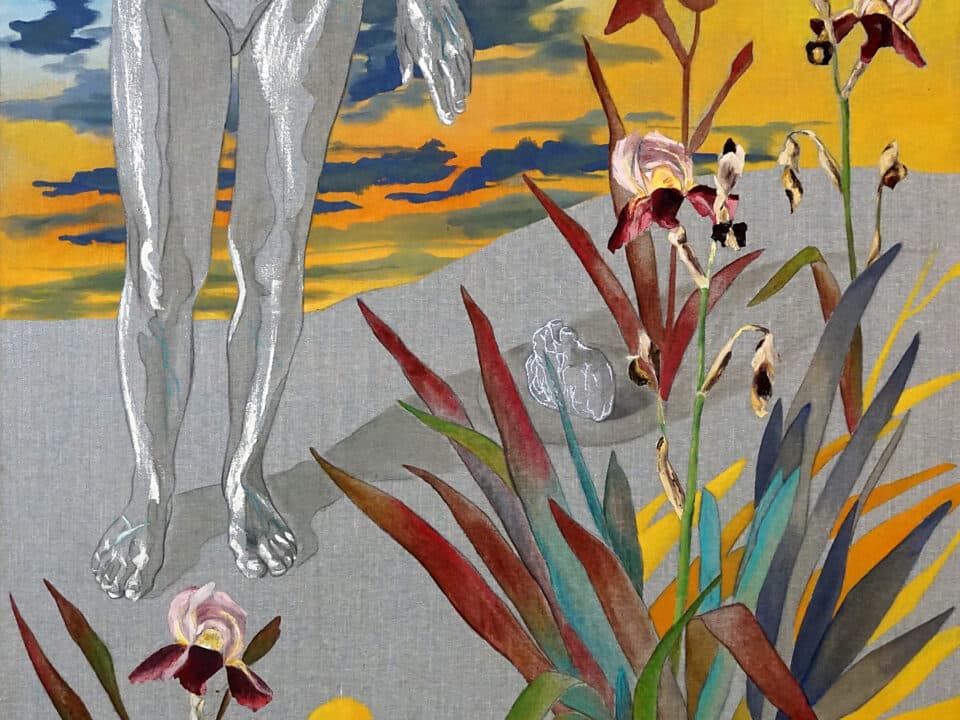